Here is my response to the comments: 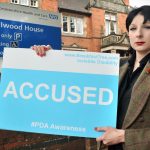 Dear all, thank you to so many of you who have commented on this article. Yes it is the briefest of articles and no one said that it would come across as in depth as it needed to in order to expose the full extent of the malpractice that my child and us as a family underwent at the hands of the Scott Atkinson Staff, Paediatrician, Occupational Therapist and CAMHS. Many of you shared similar experiences with the same team, even pin-pointed a particular staff member that caused us the trouble after i had complained about him. Yes, it is always difficult to diagnose ASD so young, but real experts, ASD experts with experience of PDA can in fact diagnose as young as 2, my son was nearly 4. We never imagined that a diagnosis was on the cards, but we also realised after the team were not helping matters and nothing they said was working that we needed to be listened to. We never envisaged that it would have come to Social Services in order to get our boy the help and understanding he needed then and going forward. We only managed to get an assessment and susequent diagnosis of ASD PDA by the skin of our teeth Privately as the NHS had not sought out a second opinion prior to accusing me of FII. The first expert professional that came across my son was able to see that everything we had said all along was valid and our suspicions about PDA were correct. The CDT & CAMHS were not in the slightest bit interested in my thoughts regarding PDA and were very involved and focussed on me as a Mother. Not all NHS teams are as bad as the one we encountered. But it does go alot more behind the scenes that this article shows. As far as i am aware and concerned they were unable and inexperienced in PDA to diagnose it, however, they didn’t say that more time was needed to assess him, they actually totally closed his cases and said outrightly that he DID NOT have ASD including PDA. We were frustrated by this, however, never in a million years did we think they their secret opinion of me personally was so low. I am outspoken, and i challenged their small-minded view of things directly, I highlighted errors they had made and incompetence where i saw it. No one likes being told they are not doing their job properly, sure, but it doesn’t make me unhinged for saying so. I am who i am, and they took exception to me, personally. They had been accessing my personal and social webistes, such as facebook, my professional work website and they thought that this gave them reason that i might be fabricating or inducing. The team stepped way outside of their job roles and their personal and subjective opinions have been taken as medical and objective reports, which is not the case and should not be acceptable. I accessed 53 pages of emails between staff and then saw how deep this went. Please never hesitate in contacting your GP if you feel you need support for your child, but be aware that, in our experience, the assessments quickly become less about the child and more about the parent. This for me was always about getting the support for my son, yet they made it about me and not him. The PALs investigation in my case is still underway. For those of you who had/have similar experiences, PLEASE go to PALS and lodge a complaint. It is amazing how many people have contacted me with similar stories to mine and they have done nothing about it. Be aware too, that as parents to those with INVISIBLE DISABILITIES we are fighting a very different battle to those parents with children of physical medical conditions and disabilities. There is no outright test for autism, we have a lot more of a struggle to get those ‘symptoms’ recognised and if the team are stuck, they close cases and blame parents (in our case and many more i am now aware of). It should not be the accepted that the NHS we employ to help us, simply get stuck, blame parents, when do not know what they are dealing with. They didn’t seek an expert opinion and had they done, the whole Childrens’ services ordeal could have been avoided. The team did go to Children’s services when they shouldn’t which they have since put in a round about way in writing to me. “in hindsight a referral for FII, may not have been required”…their words. Please feel free to read more about this and contact me if you wish. This is the documentation website and people’s comments are welcomed. http://breakfasttree.com

Has anyone in your family gone through a similar ordeal as Bernadette?

She was accused of causing significant…

This site uses Akismet to reduce spam. Learn how your comment data is processed. 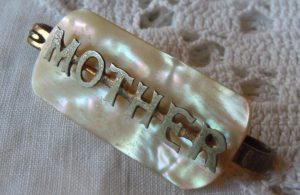